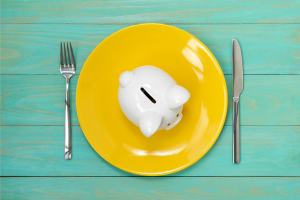 This article was originally published by Vibrant Communities Calgary in Sept. 2022 - visit Alberta ranks #1 in food insecurity to read the full article.

The sixth report on Household Food Insecurity from the PROOF research team is arguably its most important because of its access to data collected from the Canadian Income Survey (CIS). The CIS has a more representative sample of the Canadian population than the Canadian Community Health Survey (CCHS) has been able to recruit in recent years. CCHS has been the main monitoring tool for household food insecurity in Canada. Unlike the CCHS, the CIS includes precious data on income and other household economic circumstances and spanned the COVID period, therefore providing insights into programs like CERB. Both surveys define household food insecurity as the inadequate or insecure access to food due to financial constraints.

The results of the CIS analysis are important for what is not new: The most vulnerable households in terms of food insecurity are a broken record from the previous five reports despite using different data and different times. Social assistance recipients, low-income workers, lone mother-led families, renters, and racialized Canadians continue to be more food insecure while those dependent on seniors’ public pension and homeowners and non-racialized people experience less food insecurity.

This new data reveals COVID benefits had a positive impact on food insecurity rates (maybe not enough to keep them food secure), but supports the case that a form of basic income can improve food insecurity. Of course as an Albertan, I take note that we now reign as #1 in household food insecurity among the provinces, pushing past our long-term competitors in the east. Quebec remains far, far below the rest of Canada in terms of the prevalence of food insecurity and that is not equalization payments shoring up their social safety net, but political priority setting.

The policy importance of income supports to meet basic needs is underscored again in this report as it has been in each of the five previous reports dating back a decade (and unsurprisingly even the annual food bank reports cry the same refrain). My favorite line in the report is in the discussion section where the $100 million the federal government provided for food charity is exposed as not only ineffective, but a pretense at doing something: “It [money directed at food charity] should stop in favour of policies that better support the adequacy of incomes in vulnerable households.”

It really is time to stop the broken record from going round and round on the same terrible numbers and consider a Basic Income for working age adults. We need to stop tiptoeing around ineffective action on a problem that affects 20.3% of Alberta households. We need to stop avoiding the Basic Income discussion at serious policy tables, and we need to stop thinking reducing food insecurity is a cost rather than a saving to the public coffers.

Posted in Across Canada, Articles, Partner Blogs
← A new report from the University of Calgary School of Public Policy says Basic Income is within reach

keep up with the conversations and events around basic income