What If Basic Income Isn’t A Disincentive to Work 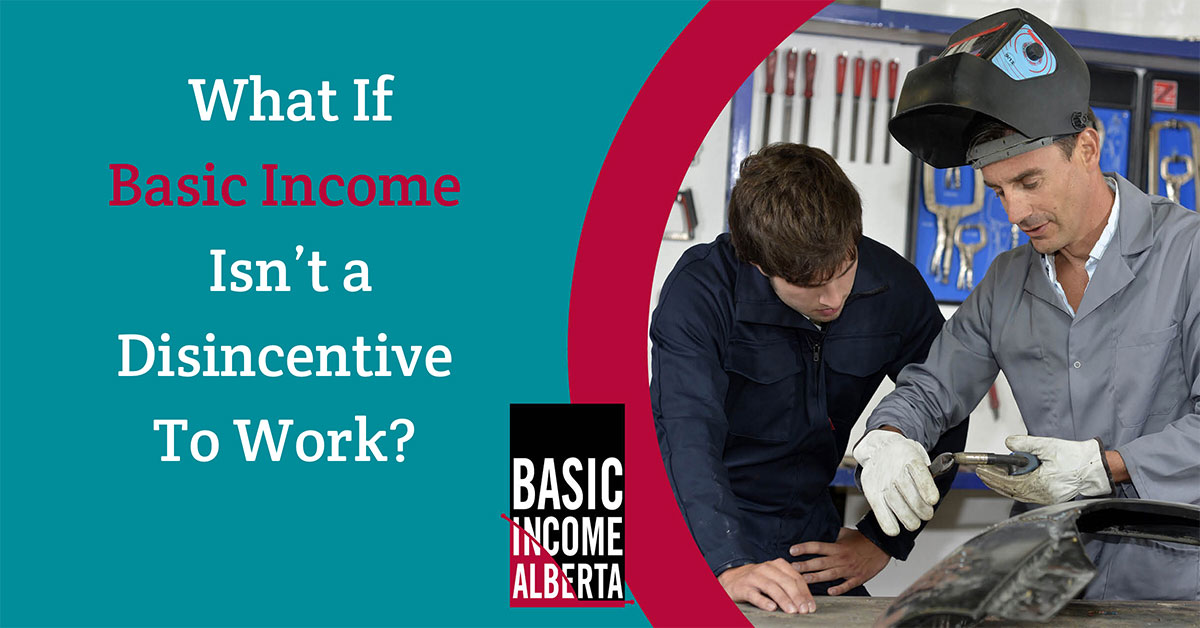 “If you give people free money, no one’s going to want to work.”

The consequences of a significant number of Canadians walking away from the workforce would be dire indeed. The economy would take a significant hit, and the amount of money the government collects in taxes would drop, causing services that we depend on to become more expensive, less available, or both.

The fear that people receiving a basic income would just stop working is based on a valid concern.

But is it true?

First of all, it’s important to note that a basic income is just that: basic. No one can get rich off of a basic income. It is designed to be just enough to make sure you can afford food and keep a roof over your head.

Until you are making a reasonable amount of money, any income you earn from work would get added to your total income. The basic tenet of incentive - the more you work, the more money you make - isn’t removed.

So why would people continue to work if they were getting a basic income?

"Basic income offers them the freedom to take positive steps forward in their lives."

But where’s the proof?

There have been studies on this very issue with basic income programs all over the world, and they all agree on one thing - there is little evidence that a basic income disincentivizes work.

The majority of studies showed that most working hours stayed the same, or showed slight increases. Some people within certain pilots did show a small reduction in work hours, but that’s because they went back to school, or stayed home to care for children or other family members. Volunteer hours in communities frequently showed an uptick, and some people spent a little longer looking for a job, not because they were lazy, but because they were able to hold out for a better offer and a better fit.

In some parts of the world, hours worked and entrepreneurship actually increased. People wanting to start small businesses were able to manage the financial risks, and before long were becoming job creators. So a basic income can lead to more work and more jobs.

In Ontario’s pilot program, one in four people went back to school for further education. Twenty-five per cent of an entire community upgrading their skills to get better jobs does not suggest a disincentive to work. And as automation becomes more common, training for a new career is going to become significantly more important in a changing economy.

So, if a basic income could help people start businesses, find fulfilling work,  retrain for better-paying jobs, parent, or afford childcare so they can get back into the workforce, and it doesn’t actually encourage anyone to just stop working, isn’t it worth giving it serious consideration?