Basic Income a Lifesaver for People With Disabilities 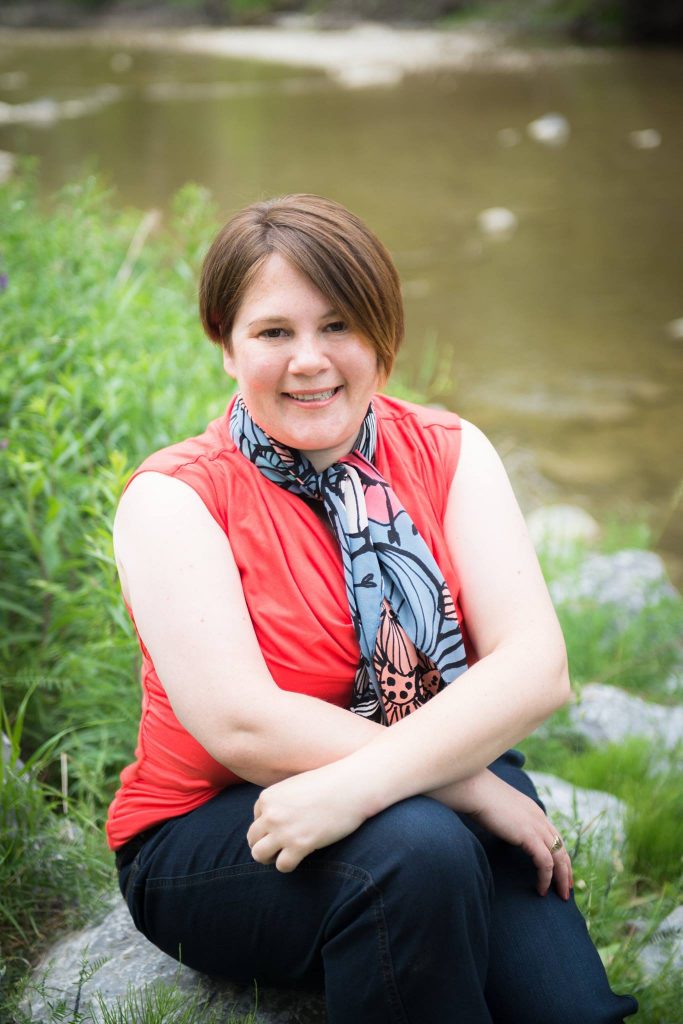 My family is from Vulcan County and I was born with a number of complications, and need for an oxygen tent and a surgery that happened two years later.  Our farm was hailed out multiple times and the in-town business our family owned went belly-up due to supply issues in Vulcan.  We moved to Calgary when I was in Grade 2.  I’ve been here ever since, with the exception of a few years in university and moving around working in Nova Scotia, Ontario, and BC before returning home.

Through my years of schooling, every year my parents dreaded the first week of school because I would always be ready to try again, no matter how many challenges I had had the previous year; no matter how many bullies had destroyed my projects or laughed at my answers in class; no matter how many teachers stood by while I was being bullied, and in one case, enthusiastically participated.

I was an abysmal student.  I worked hard for my horrible grades, would be momentarily rewarded in my best subjects (normally involving writing or the arts), but then wouldn’t know what to do to improve more, and I would slack off when the burden of the attitudes around me became too much. My loving parents hated how crushed I got. They engaged tutors to help me.  They came home from work exhausted and would work with me over my homework. I was sent several times to be tested for various abilities/disabilities/gifted and was stuck with labels from ADD, ADHD, LD numeracy, gifted writing, and who knows what else. Through the years, I’ve been put on all types of pharmaceuticals, including a psychotropic medication that gave me night terrors of my family repeatedly dying in a plane crash.

"None of these struggles, though, are to say that I was incapable. But I feel like I’ve been underestimated by teachers, and later by colleagues, my whole life."

I particularly remember that I excelled in Grade 7 English. Our tests involved To Kill a Mockingbird and I was especially drawn to Scout’s teacher drama saying she learned to read “wrong.” But then, when I forgot my ‘Free Reading’ book and chose The Chrysalids, my teacher said I wouldn’t possibly be able to understand the book. When I assured her that I was enjoying it, she took the book from me, placed it on the forward corner on her desk, and sat down knowing I’d never dare to retrieve it.  That was when my “You should respect all teachers and elders” training kicked in and I reverted to reading comic books, since she had stated I wouldn’t be able to understand the books I wanted to read.

So, like pretty much everybody I’ve spoken to since, I had a series of awful experiences in my education, with lots of drama and attitude on all sides; but this is the ‘preparation for the real world’ that I received.

I managed to snag entrance into university. Some health challenges made my university years particularly difficult, but even though it took me an extra year, I did graduate.

But that was in 2007, when positions were being cut. I worked pick-up labour jobs, several jobs at a time, greenhouses, sales, construction, and eventually, security.  My disabilities include struggling to read people so, no matter how hard I worked, how many short-term successes I achieved, I’d always lose the job, one way or another.  I had several mental collapses when losing these jobs, particularly when I would excel one month and be out of a job the next.

"I went through the rigorous process of applying to AISH after decades of struggling with my disabilities and mental health challenges, and I now call it my “UBI” equivalent as I firmly believe it has saved my life."

I went through the rigorous process of applying to AISH after decades of struggling with my disabilities and mental health challenges, and I now call it my “UBI” equivalent as I firmly believe it has saved my life, both in the actual fact of not being homeless and starving, and from suicidal ideation that often comes with the knowledge that you can be a capable person, given the right circumstances. It has been that step up that allows me to function safely. I'm an often underemployed, hourly worker who has never drawn a salary, despite having earned the BA in university that I was told by my society was mandatory before finding steady employment. I have faced workplace abuse over my disabilities and have felt, essentially, powerless for most of my adult life.  Now, with AISH, I’m finding the occasional opportunity to contribute more to my society, and I will continue my well-documented history of volunteerism when it’s safe to do so again, after COVID.

I’ve been researching the concept of a Universal Basic Income for several years, from the first mention of it during the reign of King Henry VIII when such luminaries as Sir Thomas More advocated that if people need to steal in order to eat, society makes thieves and then punishes them for their offences; no one learns anything and the whole society is harmed.

Basic income seems like the stuff of wishes to a lot of people, but my own personal sanity has been saved by AISH. Yet I'm nervous about the constant threats to the program - chances of it being trimmed, as it has already been de-indexed.  I have been part of a local group of people interested in basic income in Calgary and am the signatory of petitions aiming to implement this goal.  My ability to meet a new community of more positive people, who accept and actually welcome me talking about my disabilities, and my new ability to pay my bills has made me a great supporter of a basic income program.

I want to flourish, and a basic income would help me do that. I believe that if a majority of us are healthy, well fed, well sheltered, and mentally safe, we all have the potential to blossom - as individuals, and as a society.